Veliaj continues the “tradition”, gives millions of ALL to the firm that competed alone and offered 95% of the limit fund 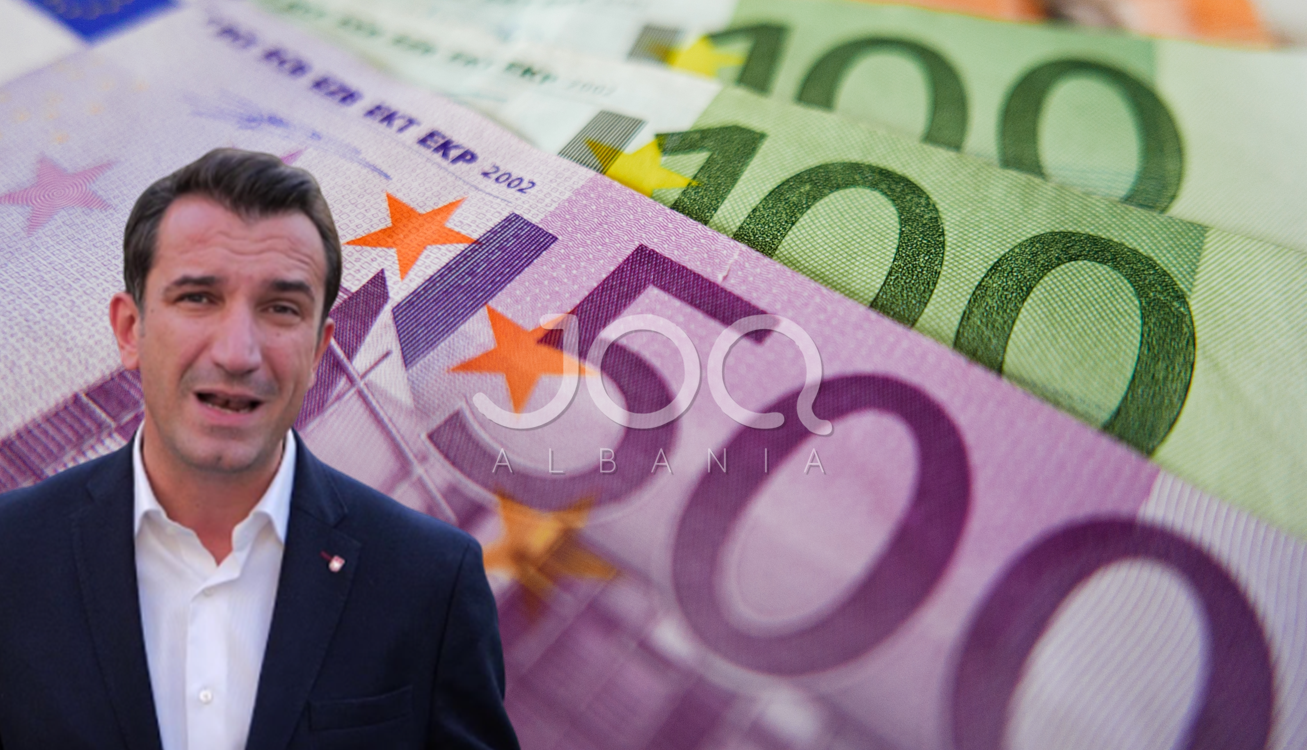 Calm and quiet, perhaps taking advantage of the current war situation in Ukraine, Erion Veliaj has continued to "deal" with his dubious tenders. The Municipality of Tirana as it is known, organizes a very large number of tenders in high values. Everything would be fine if the procedures were regular, but it turns out that a good part of the tenders of this municipality are dubious. One of them is the one we will present to you in the following. 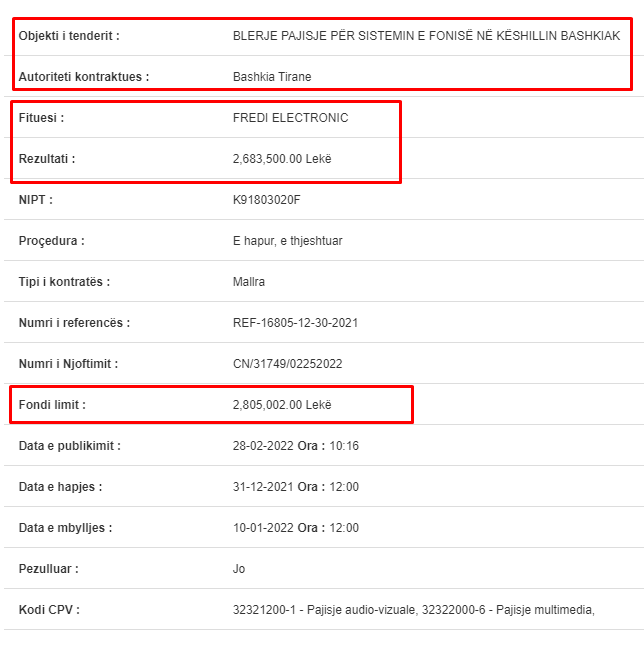 It is about the procurement procedure with reference number REF-16805-12-30-2021 and with object "PURCHASE OF EQUIPMENT FOR THE AUDIO SYSTEM IN THE MUNICIPAL COUNCIL". The limit fund of this tender turns out to be in the amount of 2,805,002 new ALL without VAT or about 34 million old ALL including VAT. It seems that such a significant figure will be used for the audio system of the City Council. 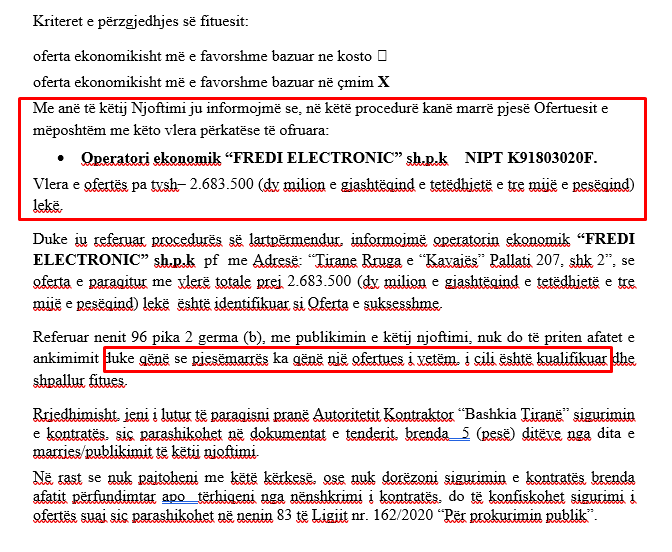 Without going into the account of whether or not the figure is justifiable, some details come to mind that make this procedure questionable. First it is seen that only one company participated in the competition. So we are dealing with a total lack of competition. In fact, the only company that took the trouble to compete, was FREDI ELECTRONIC with an offer of 2,683,500 new lek without VAT or about 32 million old lek with VAT. Of course, being the only participant, the firm in question, owned by the citizen Alfred Kasmi, was also announced the winner. 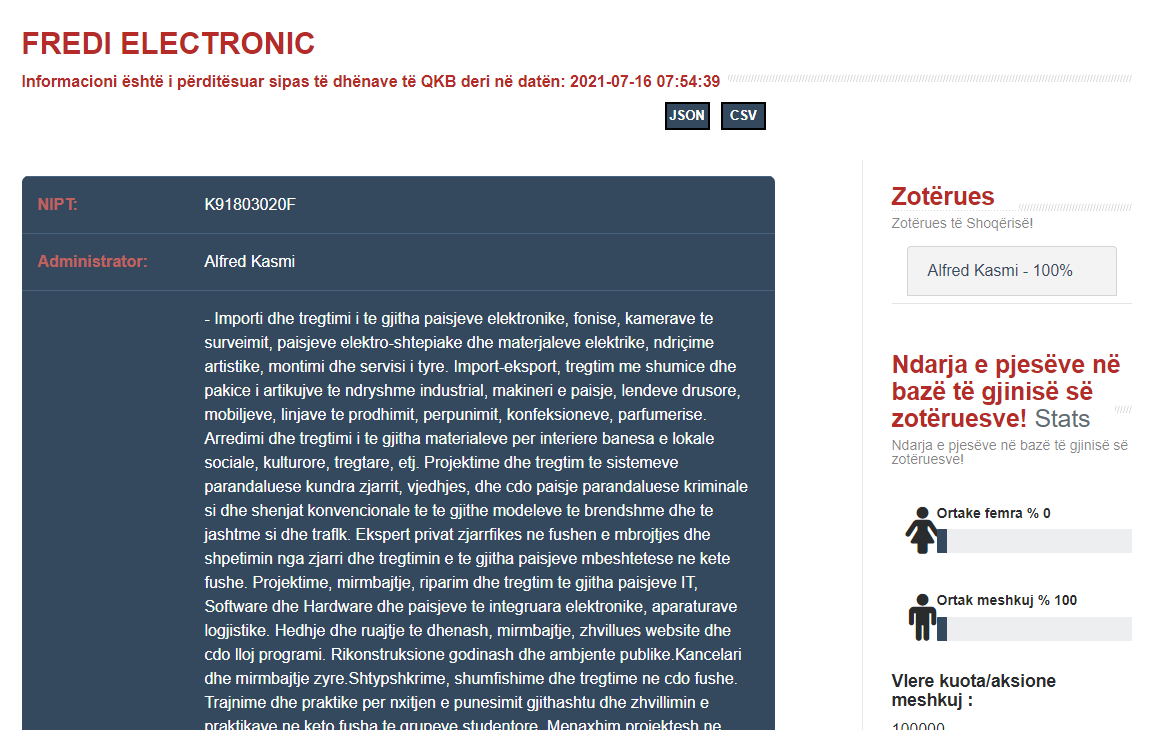 But as if that were not enough, it is noticed that this declared winning value is almost identical to the value of the limit fund of this tender. This value turns out to be as much as 95.6% of it. Both of the above facts are easily understood to raise strong doubts that the winner may have been predetermined. As for SPAK, you know it yourself...