While e-Albania failed, Mirlinda of AKSHI gives 4 billion to Igli Gjelishti in the tender for police fines 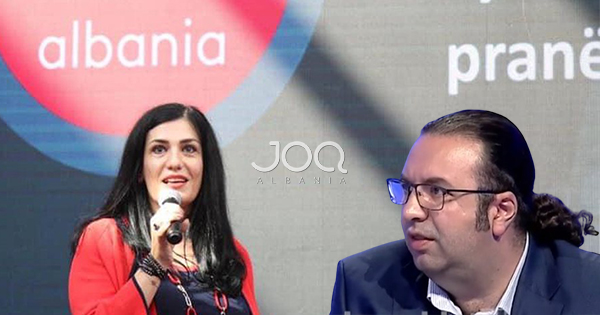 In recent days, according to the government, a major attack has occurred against e-Albania. It is not actually known whether this is a real fact or is just a theory to mask the total incompetence of the militants who have been hired as programmers. However, it seems that this event, which has thrown down all the investments of billions of lek in the government's online systems, has not at all prevented Mirlinda Karçanaj from awarding tenders at frightening values. 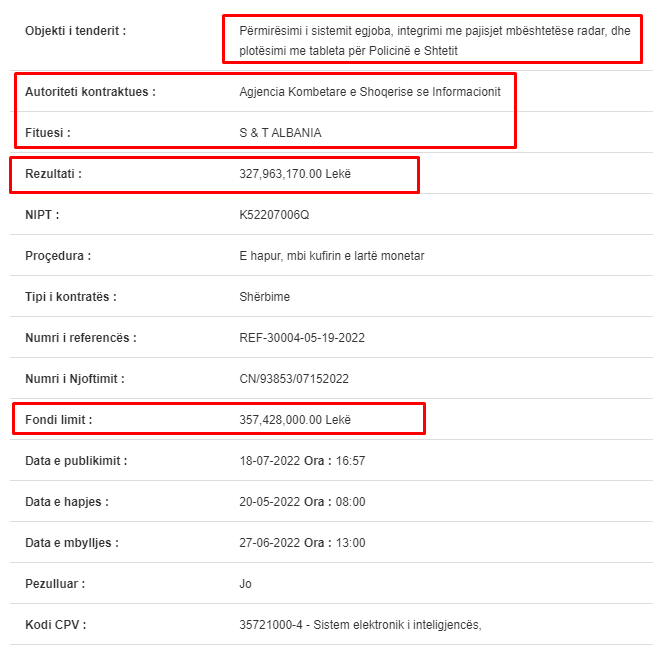 Thus, a tender for police fines has been published today, where nearly 4 billion ALL will be awarded to two private companies. It is about the tender with reference number REF-30004-05-19-2022 and with a limit fund in the amount of new ALL 357,428,000 without VAT. It is seen that its object is "Improvement of the e-fines system, integration with radar support equipment, and completion with tablets for the State Police". 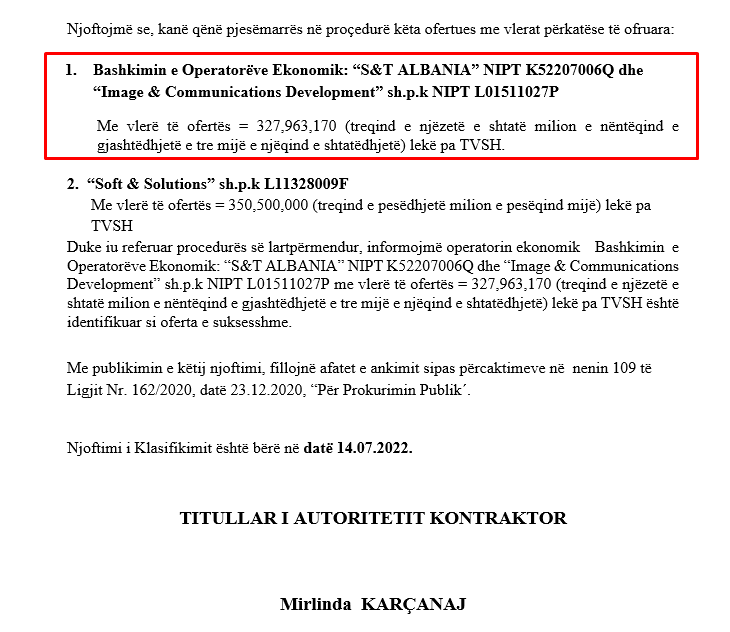 So instead of working as best as possible to facilitate services to citizens and return e-Albanian to working condition, AKSHI spends almost 4 billion lek to "caught" as many Albanians as possible through the improvement of the electronic system of placing police fines. 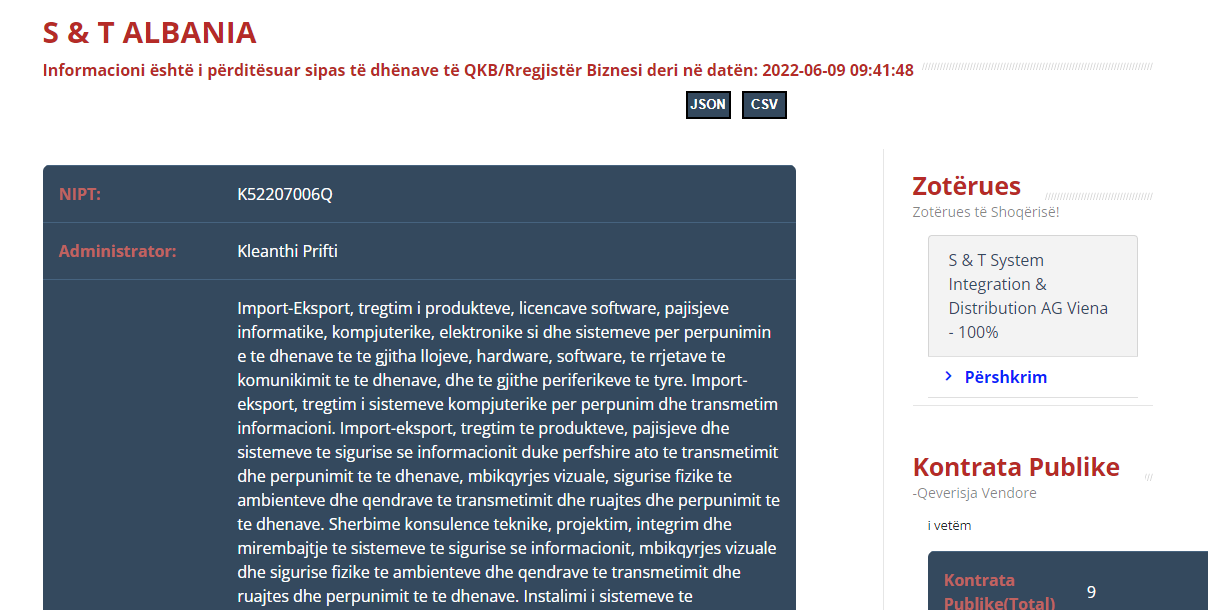 Only two competitors participated in the tender, of which the merger of the operators "Image & Communications Development" owned by Igli Gjelishti and "S&T ALBANIA" NIPT managed by Kleanthi Prifti was declared the winner for the value of 327,963,170 new leks without VAT or almost 4 billion old ALL with VAT. 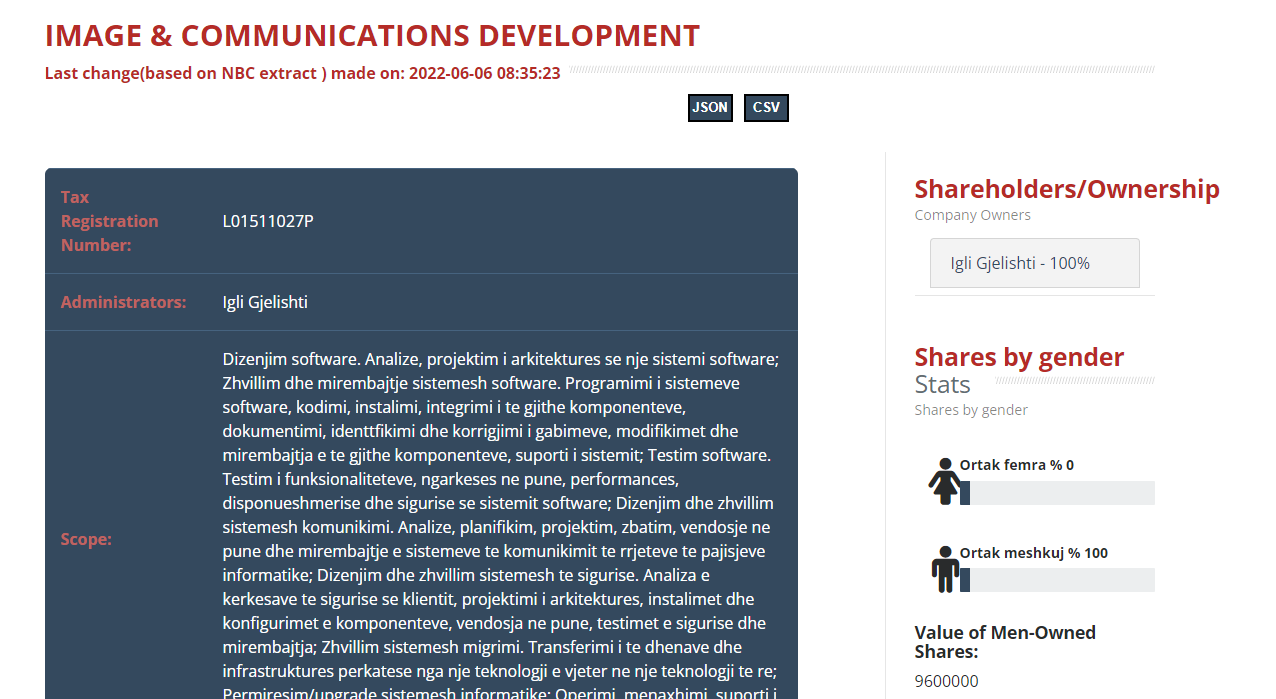 Meanwhile, this value is almost equal to the limit fund of the tender, namely 92% of it. We remind you that the company of Igli Gjelishti has been involved in the reconceptualization, reconstruction and development of a part of the electronic services in the e-Albania portal.