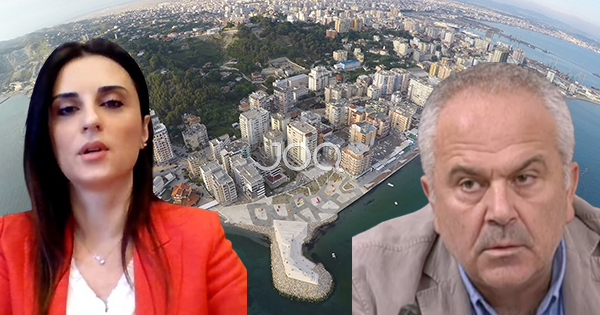 It has already become the way that the country's municipalities, instead of working day and night for their citizens, actually work only for their pockets. For their pockets of course, not the citizens. It seems that lately no one is asking about either SPAK or the prosecutor as dubious tenders have sprouted like mushrooms after the rain. 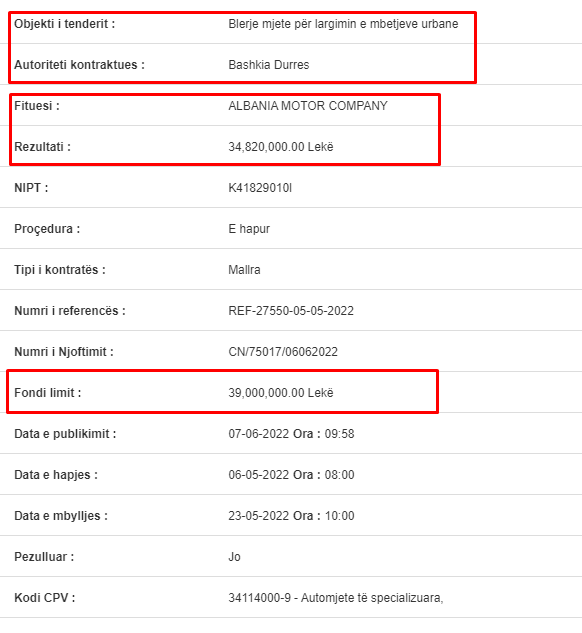 Such is the one that we will present to you today from the Municipality of Durrës. This institution led by Emiriana Sako has awarded almost 400 million old all to the Dulaku family in a tender where only they have qualified. 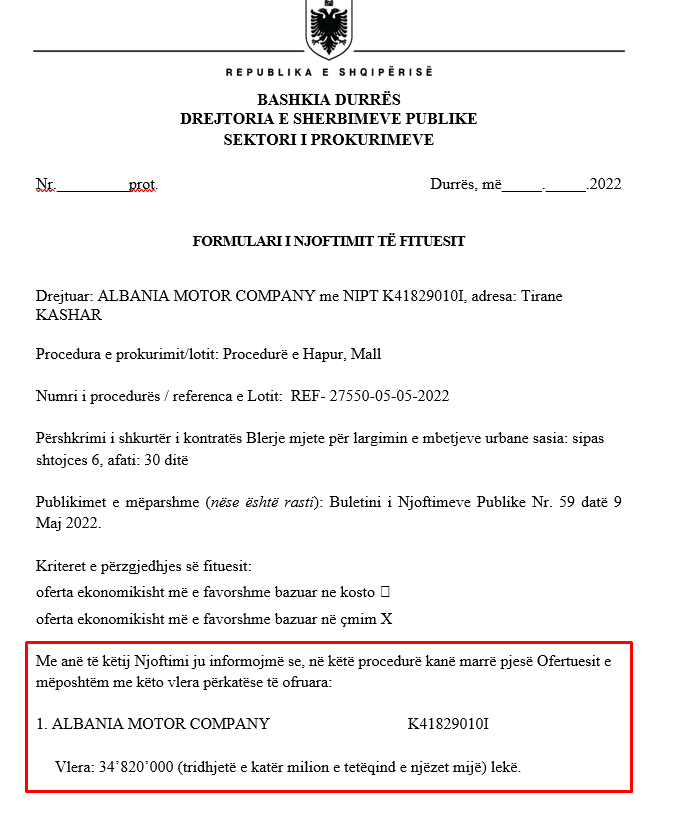 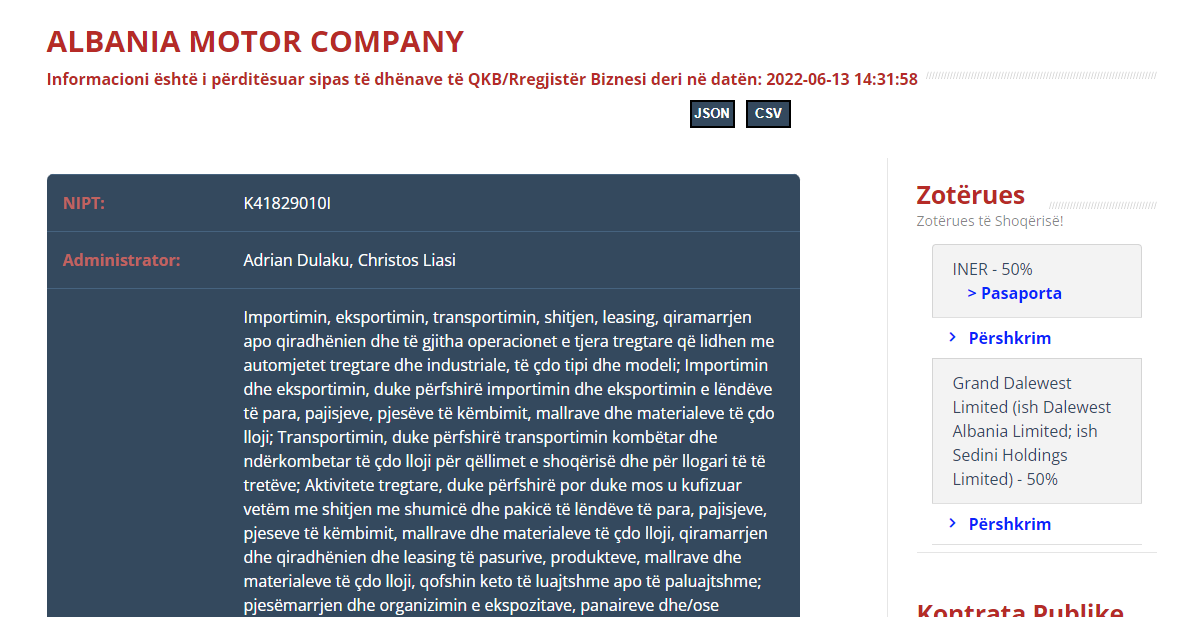 Browsing the documentation of this tender, it is seen that surprisingly only one company participated, namely ALBANIA MOTOR COMPANY owned by brothers Artan, Adrian and Genci Dulaku. 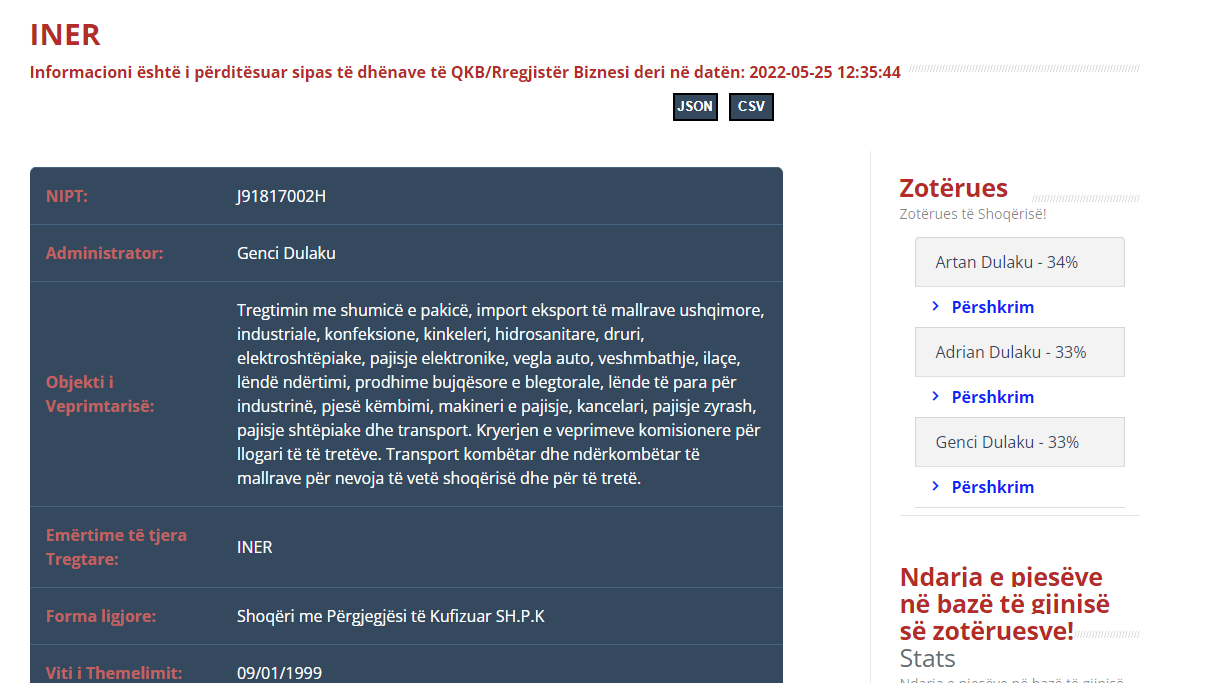 This company has offered the value of 34,820,000 new lek without VAT or about 400 million old lek with VAT. Being the only participant, the Dulaku brothers' company was declared the winner. Meanwhile, it can be seen that the winning value is as much as 89.28% of the limit fund, significantly increasing the doubts that we are dealing with a predetermined winner.