Balluku’s barber “hits” again, announces as winner for 600 million the firm with the highest offer 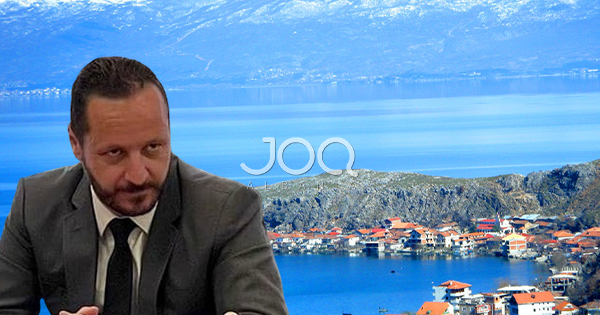 Evis Berberi in case you do not know yet is the director of the Albanian Road Authority. He has recently become a protagonist almost every day due to the scandalous tenders he gives through his institution. Just a few days ago we told you about the scandal of 14 million euros that this individual gave to Salillari in a tender without competition. 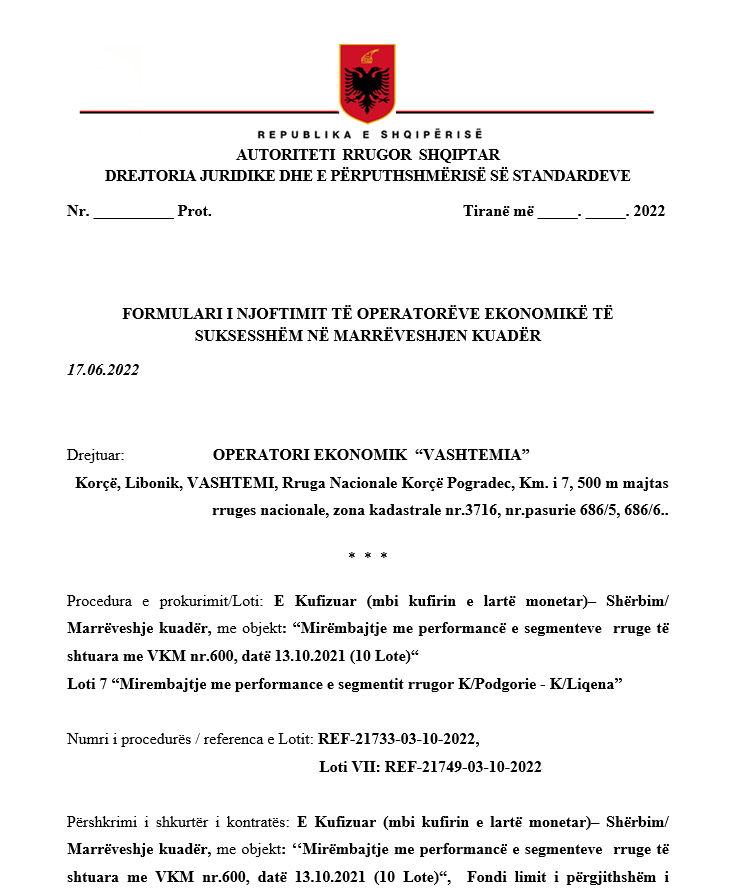 But apparently this has not prevented him from continuing with his dubious tenders. Such is the next tender, where he has declared the company that offered the highest value as the winner. More specifically, it is about the tender with reference number REF-21749-03-10-2022 and with object "Lot 7 Maintenance with performance of the road segment K / Podgorie – K / Lake". 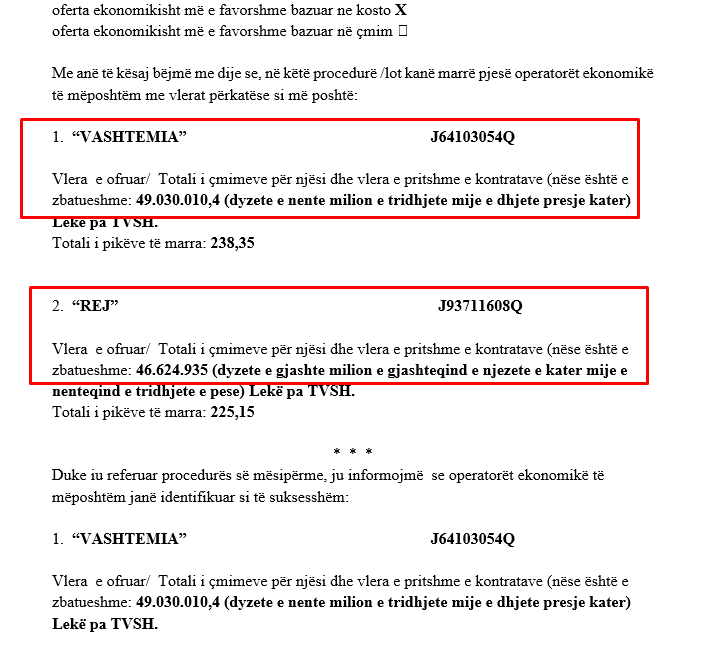 The limit fund of this procedure is 59,075,701 new ALL without VAT or about 700 million old ALL including VAT. Looking at the tender documentation, it is noticed that only two companies participated, out of which the winner was the one with the highest bid, at a time when it should have been the opposite. 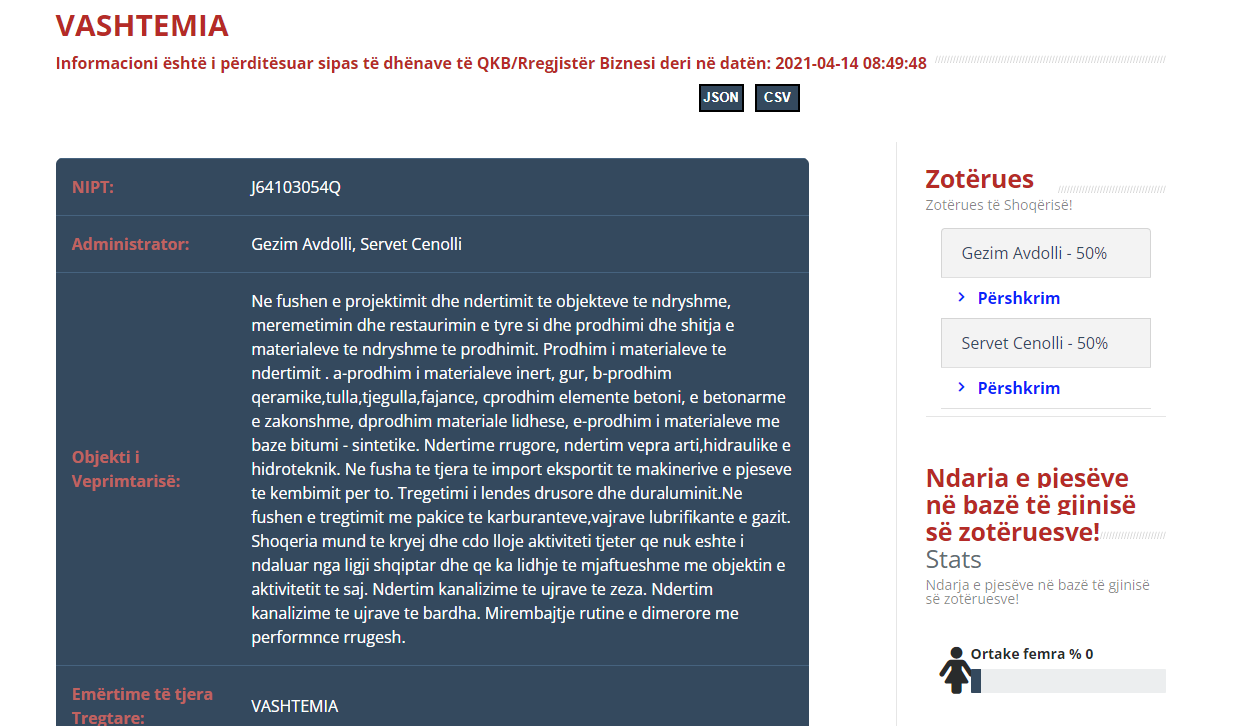 The winner was announced the company "VASHTEMIA" owned by citizens Gezim Avdolli and Servet Cenolli, with a value offered of 49,030,010 new lek without VAT or about 600 million old lek with VAT. This company turns out to have given the highest value, as the other participating company turns out to have offered almost 30 million old all with VAT less than the winner. Most likely, this difference will end up as pocket money for Evis Berberi to leave tips to the waiters.