The High Council of the Prosecution “donates” 70 million to Dulaku family in the tender without competition worth 99.4% of the limit fund

The wonders continue dear friends! There are so many that there are not just one per day but about several within the day. We are used to the dubious tenders being awarded mainly by state institutions or municipalities. But in this case we are dealing with an even bigger case or "wonder". We say so because the institution involved is neither more nor less but the High Council of the Prosecution itself headed by Gent Ibrahimi.

This institution which is thought to have to fight legal violations, in fact turns out to be implicated in a dubious tender. It is about the procedure with reference number REF-18190-01-31-2022 and with object "Purchase of vehicles, for the High Council of the Prosecution". If we study the documentation of this tender available from Joq Albania, we notice some facts that raise doubts. First it is seen that we are dealing with a total lack of competition. 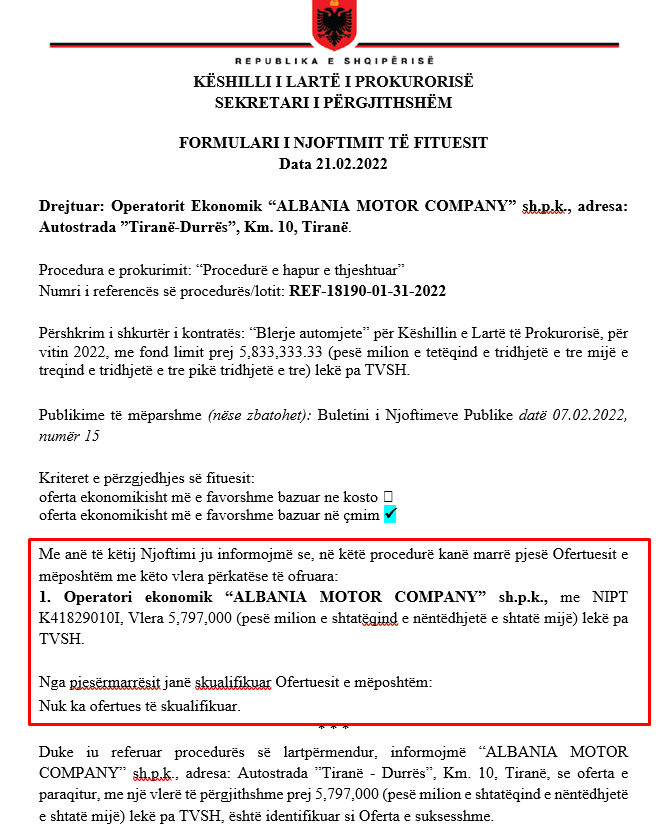 In fact, only one company participated in this procurement procedure. It is about the firm ALBANIA MOTOR COMPANY which turns out to be owned by the Dulaku brothers. This company has entered a competition where it has practically competed with itself, as as we said it was the only participant. This firm has offered the value of 5,797,000 new lek without VAT or about 70 million old lek including VAT. 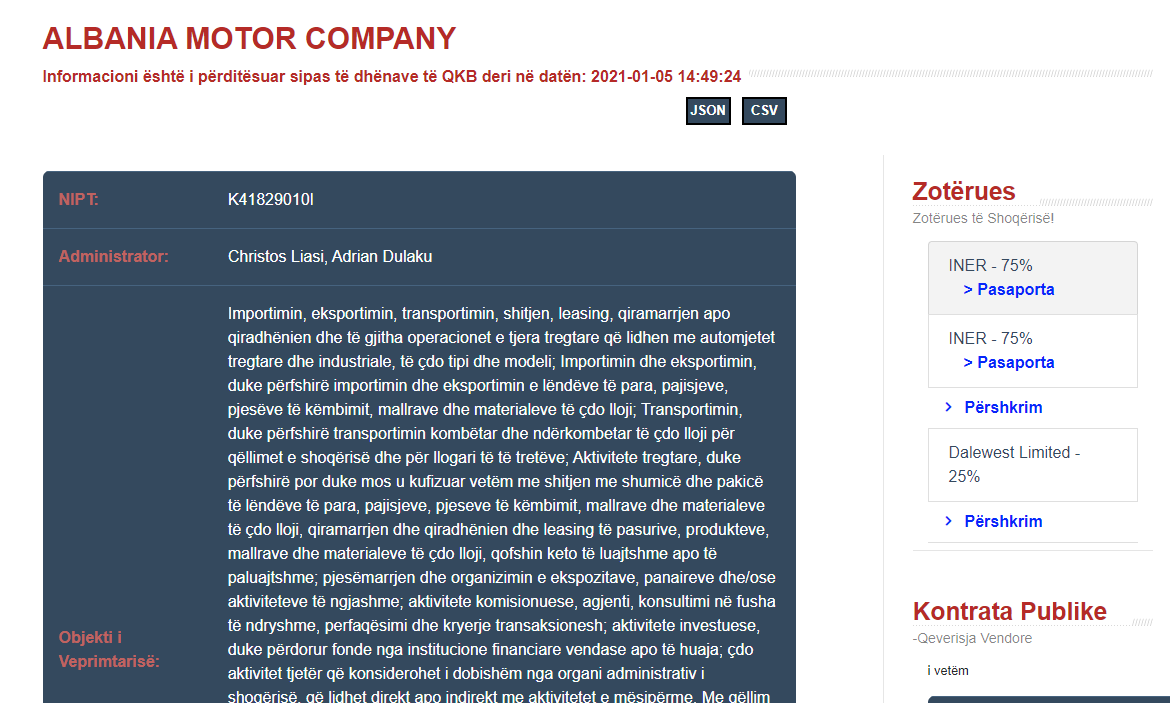 The suspicions are strong that the winner has been predetermined for two reasons. Not only because we are dealing with a total lack of competition but also for another reason. It is noticed that the winning value is almost 100% identical to the limit fund of this tender. To be more precise, the value offered by the Dulaku brothers turns out to be as much as 99.4% of the limit fund of the tender in question. The question that arises is: If the High Prosecution Council itself is involved in such dubious tenders, what can be said about other institutions? 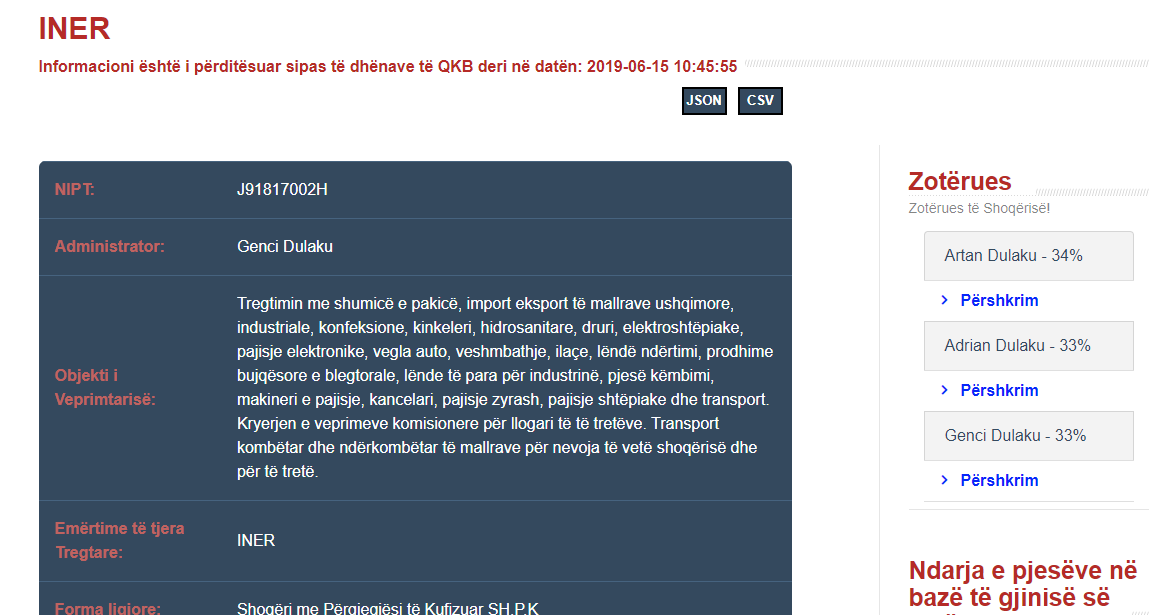